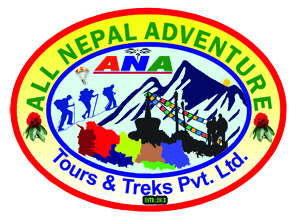 Ghorepani Poonhill Short Trekking is one of the shortest treks in the Annapurnas. It is the best way for those with limited time to experience the breathtaking mountain scenery and charming village culture of the Annapurna Region. The trek begins an hour's drive from Pokhara at Nayapul (New Bridge), where you cross a suspension bridge over the rushing Modi Khola. As we ascend the winding stone path through villages and terraced farmland, we catch glimpses of the magnificent Machhapuchre Mountain (Fishtail).

The sunrise from Poonhill, 3210m, a one-hour climb from Ghorepani, 2855m, is one of the trek's major highlights. The first rays of the sun striking the peaks of Dhaulagiri, Annapurna, Nilgiri, and other famous Annapurna range mountains reflect in shades of red, orange, and pink; a truly magnificent sight. We descend from Ghorepani to the beautiful hillside village of Ghandruk, 2012m, a typical Gurung ethnic group village known for its traditional houses, rich culture, and spectacular scenery. We will descend from Ghandruk via Birethanti to Nayapul, where our vehicle will be waiting to transport us to Pokhara.

Except during the monsoon season, the Ghorepani Poonhill Trekking can be done at any time of year. The entire Ghorepani region is densely forested with rhododendron, Nepal's national flower.In the spring, these forests transform into a magnificent blanket of red blossoms, with the Annapurna range providing a backdrop of white snow. Contact us to learn more about the trip, itinerary, departure times, and private or group departures.

Spring (March to May) and autumn (late September to late November) are the most popular seasons, but some people prefer winter (December to February), when they can enjoy the beauty of the snow and the environment of the remote areas.

Today, you'll be transported to the domestic airport in Kathmandu for a short flight to Pokhara, then transferred to Nayapul, where the trip begins! The first track takes you uphill through rice, maize, and millet farms. Continue on the Birethanti main route until you reach Sudami, where you will stop for lunch.

After your lunch break, get back on your feet and climb slowly along the valley's edge until you reach Tikhedhunga Teahouse, where you'll spend the night.

Wake up early for an early breakfast at your tea house in preparation for your big climb to Ulleri. The journey begins with a steep stone stairway (3,767 steps to be exact) up the ridge line, eventually leading you through cultivated fields. After you finish this section, the trail continues through a beautiful area of blooming rhododendron blossoms and old oak forests.

We hike through dense forest in the early morning to the magnificent view-point of Poon Hill (3,210m./10,531ft.). The broad hilltop provides a spectacular sunrise view of Annapurna and other snow-capped peaks such as Dhaulagiri (8,167 m./26,795ft.), Annapurna I (8,091m./26,545ft.), Annapurna fang, Annapurna south(7,219m./23,684ft.), Hiunchuli, and Dhampus peak. After taking in the breathtaking scenery, we return to Ghorepani for breakfast before resuming the trek. The trail ascends from Ghorepani to Tadapani along ridges through dense rhododendron and oak forest. After a 6-7 hour trek from Ghorepani, we arrive at Tadapani, our destination for the day.

Have an option for you according to your physical condition if you like to continue to the loop we don’t take you Poonhill we take you to fallow the trail to Tadapani where another side same height and 90% similar view point like Poonhill and makes your walk easier to Tadapani. if you couldn’t continuous from Ghorepani we could back the same way from Ghorepani or you could follow the trail to Jomsom till Tatopani (hot spring) please tell us what you want and be clear there are several options according to your physical fitness that could make easier.

After a delicious breakfast, we begin our day hike to traditional Gurung village Ghandruk.
First 2 hrs we will walk slope down trail by deep forest till KOTDANDA. After Lunch at KOTDANDA, two hours easy walk to Ghandruk village.
Ghandruk is one of the specific Gurung villages where you could boast a beautiful view of the Annapurna South(7,219m./23,684ft.), Himachuli, Fishtail (Machhapuchhre(6,993m./22,942ft.),  Annapurna III right in front of you. Ghandruk secured Gurung Museum, Monastery, the temple as well as Annapurna conservation sub unit post where you could see the video activities in ACAP.
After lunch, spend rest of the day exploring the beauty of the village and mountains. If you are interested with traditional Gurung dress, you can wear a traditional Gurung dress on hire and enjoy a taking Photography.  Also, on your request, Gurung culture dance will be shown in the evening.  But you need donate some money for that cultural group.
Breakfast/Lunch/Dinner included. Overnight in Lodge.
DAY 06

Today is final day of the trip. After breakfast, we head to Pokhara by vehicle. Drive will be three hours including tea coffee time on the way. Lunch will be at Pokhara.
After check in hotel, You can rest at hotel or can do sightseeing, boating, lakeside walking, Shopping etc. your guide will support you for those activities an extra cost.
Breakfast/Lunch/Dinner included. Overnight in Lodge.
DAY 07

After breakfast free till flight from Pokhara. As your wish you can do  some adventure sports like paragliding, zip flying, ultra-light flight, bungee jumping  etc. The day’s activities would be at an extra cost. We will be happy to organize those extra activities for you, should you choose to do any.  After lunch drive to domestic Airport and fly back to Kathmandu.

When you arrive in Kathmandu, you have a option an extra cost. If you are interested to do some sightseeing in heritage sites, guide will take you directly to sightseeing sport or shopping places. Otherwise, transfer to Hotel and you will be free till Dinner.